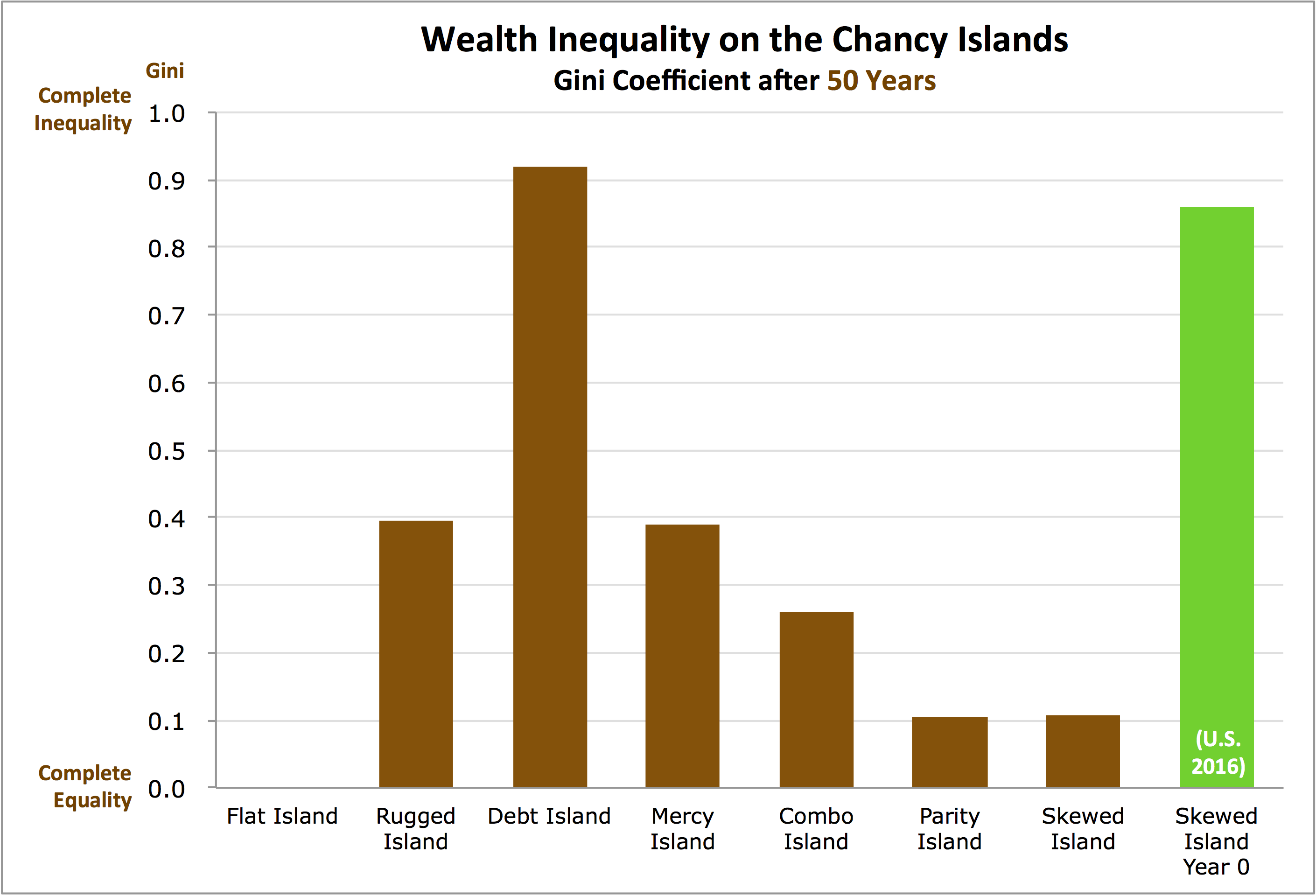 What can we learn from our visit to the Chancy Islands?

[N]o one “deserves” hunger, homelessness, ill health, or subjugation – and ultimately, no one “deserves” giant fortunes either. All such outcomes involve a large portion of luck. — David Roberts, Vox.com

Unlike the Chancy Islands, in our real world, not everyone is born equal, not everyone has the same aptitude, the same skills, the same education, the same experience, or works at the same level of effort. Given that, how much should a society seek to reduce its wealth inequality?

Is wealth inequality inherently bad? Should it be reduced to a minimum? Or is wide wealth stratification necessary to provide enough incentive for people to work long and hard at difficult jobs and to work hard in the near-term for a payoff later?

Does wealth inequality reward socially beneficial behavior and penalize slacking and procrastination? Or does it just reward luck, ancestral ownership, exploitation, corruption, and fraud, and reinforce class-based prejudice? Are there other ways to motivate people to work that are as effective as wealth inequality? Is the government the best way to implement measures such as these or are there other, better ways?

These are important questions, but not ones for which the Chancy Islands can provide much insight. You’ll have to locate the elusive Motive Islands, Chicanery Islands, and Privatize Islands to learn about these topics.